Skip to content
HomeTop 1010 Books Every Law Student must read

It is important to read the literature of law because while statutes and bare acts tell us what law is, literature tells us the soul of law. Literature interprets law and shed light on how law is experienced by the common man and what the popular perception of law is.

As a law student, constantly reading statutes, judgments and journals can get dull and tedious. One way to get away from this is to read legal literature. Many a book has been written on legal issues, but some stand more than others. 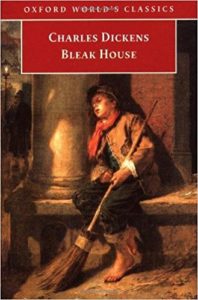 Regarded by many as Dickens’ greatest novel and heralded as a masterpiece, Bleak House has also been declared to be “the most important literary work about the law.”  Asserts the ABA Journal in awarding this classic the third-place spot in its ranking of the 25 best law novels, “ In the forefront of this Dickens classic is the story of Esther Summerson, who lives at Bleak House oblivious to the fact that she is the illegitimate child of Lady Dedlock. There is a murder, of course, and Lady Dedlock is suspected. But lawyers are not attracted to Bleak House for the whodunit. What they love is Dickens’ ongoing account of Jarndyce v. Jarndyce, an estate case that drags from generation to generation until the money runs out. Dickens hits a nerve in his classic description of the underlying cynicism that too often drives litigation.” 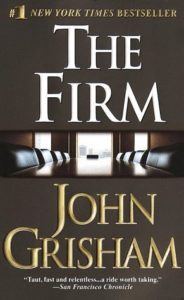 Okay, so it may not be high art, but when it comes to a truly thrilling read and escape from the occasional drudgery of law student life, you can’t go wrong with this bestseller about ambitious rookie tax lawyer Mitch McDeere who happens upon a sinister secret while working at his Memphis law firm Bendini, Lambert & Locke.

Says Publishers Weekly of this gripping tale, which spent 44 weeks on the NY Times bestseller lists “Grisham, a criminal defense attorney, lucidly describes law office procedures at the highest levels, smoothly meshing them with the criminal events of the narrative. 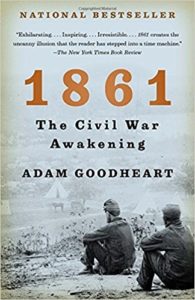 In choosing this historical account of how the Civil War began and the American revolution ensued as his pick for the ABA Journal’s “30 Lawyers, 30 Books,” Washington, DC law partner Trevor Potter enthuses, “A great book for this summer’s reading list. Written 150 years after the beginning of the Civil War, 1861 is a fascinating, riveting description of the year the war started. It reads like a thriller, but is full of bits of history and constitutional law that lawyers will love. Did you know both houses of Congress voted to amend the Constitution to enshrine the right to own slaves in the Constitution—and make it the one amendment that could never be amended? They did. All in an attempt to mollify the Southern states.” 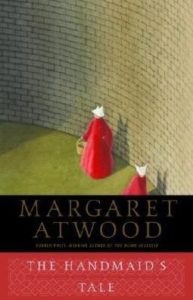 The Netflix series may be getting lots of buzz lately, but this doesn’t excuse readers from digging into this cautionary — and extremely relevant – book by Canadian Atwood. Contends The ABA Journal in including this one among its 25 greatest law novels ever, “Set in Gilead, a dystopian nation once known as the United States, Atwood’s best-seller explores an overthrow of the Constitution in favor of a Christian theocracy that results in a wholesale reversal of women’s rights. Women are forbidden to read or write or vote. And although the darkest fears presented by Atwood have proved unfounded by the decades since it was published—during the prime ascendancy of the Christian Right in national politics—the book’s fundamental apprehensions could be applied to a more global context.” 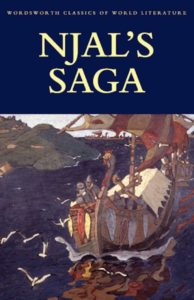 This book detailing a 50-year blood feud may date all the way back to the 13th century, but it absolutely holds up today.

Says the Oxford University Press blog, “[Njál’s Saga] explores perennial human problems – from failed marriages to divided loyalties, from the law’s inability to curb human passions to the terrible consequences when decent men and women are swept up in a tide of violence beyond their control….In particular it explores the extent to which disputes can be settled by agreement, and examines the terrible things that happen when revenge becomes an overwhelming social force. Although a tale from another time, it is not hard to think of modern contexts in which revenge rather than the rule of law is dominant, and should encourage you to reflect on the dangerous consequences of a society in which a revenge culture becomes embedded.” 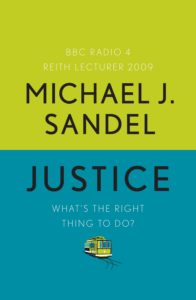 As a Harvard University professor, Michael J. Sandel is famous for packing students into the campus theater to hear him take on the some of the most challenging issues facing lawyers — and society as a whole — today. According to Goodreads, “Justice offers readers the same exhilarating journey that captivates Harvard students. This book is a searching, lyrical exploration of the meaning of justice, one that invites readers of all political persuasions to consider familiar controversies in fresh and illuminating ways. Affirmative action, same-sex marriage, physician-assisted suicide, abortion, national service, patriotism and dissent, the moral limits of markets—Sandel dramatizes the challenge of thinking through these conflicts, and shows how a surer grasp of philosophy can help us make sense of politics, morality, and our own convictions as well.” 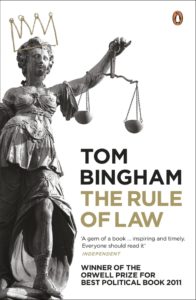 Written in a jaunty, broad-brush style, this book is an enjoyable excursion through the greatest hits of the common law in general and English law in particular. It reads like the transcript of a parlor game played by a particularly precocious set of undergraduates: what are the 12 best ‘rule of law’ kind of things to have happened since 1200? What are the eight most important features of the rule of law today?” While Bingham died a decade ago, his keen intellect and exceptional insights still serve as a seminal guide for anyone looking to understand the paramount role laws play as a cornerstone of stable society. 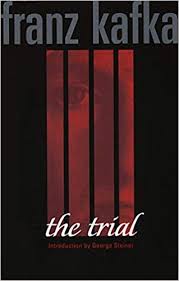 This Law book deals with Kafka’s vision of law. A law is expected to be fair and just. And if it is not, it is expected that we work in unison to overturn and rectify that law. But Kafka’s vision is: Law is abstract and subjective. Law talks about equality and justice. But where in the world does law actually exhibit these values and principles? Kafka paints a bleak picture of how law is interpreted. The charges put on the protagonist of the story are not revealed to the reader or to him. The authorities prosecuting him are portrayed as totalitarian and inaccessible.

This extreme situation is an extrapolation of the situations we experience in our supposed free societies and warns us about what we could turn into. It is somewhat dystopian, but also tries to capture the essence of law and give it an ideal to aspire to, not just in principle, but also in action.

9.The Merchant of Venice – Shakespeare 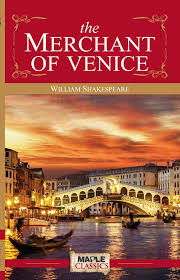 Underneath the dramatic beauty of this play by Shakespeare, lies a message about legal culture, legal history, role of law and lawyers; interpretation of the law and legal writings. The play also brings out the popular conflict between the Christians and the Jews and brings out aspects of Jewish subjugation like never before. 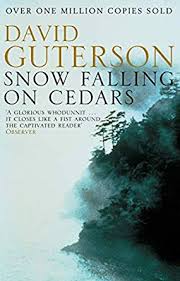 Set on the anecdotal San Piedro Island in the northern Puget Sound district of the province of Washington coast in 1954, the plot rotates around a homicide case in which Kabuo Miyamoto, a Japanese American, is blamed for murdering Carl Heine, a regarded angler in the affectionate network. A great part of the story is told in flashbacks clarifying the collaboration of the different characters over the earlier decades.

This novel by David Guterson has number of themes like the American dream, the experience of separation, bias and discrimination, cultural conflicts and love, linked fates, choices, snowstorm and the trees, earth and the seas, face reading and the moral judgement. This is a book which can take you on a journey which spans the whole emotional spectrum of a person. The concept of “guilt beyond a reasonable doubt” permeates the novel and upholds the principles of “innocent until proven guilty” and due process.