Skip to content
HomeLawEditorialShould India have a Uniform Civil Code?

As stated, “The State shall endeavor to secure a Uniform Civil Code across India’s territory for citizens.” Such words describe our constitution’s entire sanctity under Article 44. Uniform Civil Code is established under the direct policies of the State in accordance with Article 44 of the Indian Constitution. This notes that it is the State’s responsibility to protect people throughout the nation.

There is no question about the value of a uniform civil code, but what is the Muslim community’s cooperation, particularly the Sunni. Many argue that things will simply fall into place once a uniform civil code has been enforced and the initial resistance will die down. Nevertheless, experience has shown that laws can only be successfully implemented with the cooperation of those on whom they are to be imposed. There are far too many cases where passed laws and statutes have failed to curtail such offensive and religious activities that they were introduced in the first place to curb and eradicate. Child marriage and dowry, for example, are illegal and criminal crimes, et they are still prevalent in some parts of our society.

The debate about a uniform civil code dates back to India’s colonial period. Before the British Raj, they tried to reform local social and religious practices under the East India Company (1757-1858). The Governor-General of India, Lord William Bentinck, sought to abolish Sati, a widow’s prescribed death on the funeral pyre of her husband and passed the Bengal Sati Regulation of 1829. This was later extended to all English areas in India outside of Bengal.

The October 1840 Lex Loci Report highlighted the importance and need for uniformity in the codification of Indian law with respect to offenses, facts, and contracts, but it proposed that Hindus and Muslims should have specific laws.

The British divided this area, which would be regulated by religious scriptures and practices of various communities (Hindus, Muslims, Christians and later Parsis), according to their interpretation of religious differences in India. Such laws are extended to routine cases involving civil disputes between people of the same religion by local courts or panchayats. The British therefore allowed the Indian people to benefit from self-government in their own domestic affairs with the declaration of the Queen in 1859 promising complete non-interference in religious matters[7][8].

Inheritance, inheritance, marriage and religious ceremonies are included in personal laws. The public sphere was regulated by British and Anglo-Indian law in terms of crime, land relations, contract laws, and evidence— all of which applied equally to every person irrespective of religion.[8] Throughout the country there was a difference in preference for scriptural and customary laws because, in many Hindu and Muslim communities, they were sometimes in conflict;[6] these cases were p. For example, the Shudras permitted widow remarriage— completely contrary to the Hindu scriptural law.[9] Because of their friendship, Hindu laws were given preference.

Because of their relative ease of implementation, British and Indian judges ‘ preference for such a Brahmin system, and fear of opposition from the Hindus high caste, Hindu laws were given preference. The difficulty of investigating each specific community practice, case-by-case, made it harder to implement customary laws. By the end of the 19th century, the acceptance of individual customs and traditions increased in favor of regional opinion[8].

The Muslim Personal Law (based on Sharia law) has not been strictly enforced in accordance with Hindu law. In its appeal to lower courts, it had no uniformity and was severely restricted due to administrative procedures. This led to the application of customary law, which was often more discriminatory against women. Women, mainly in northern and western India, were often restricted from property inheritance and dowry settlements, both of which are provided by the Sharia.[10] Due to pressure from the Muslim elite, the 1937 Shariat law was passed which stipulated that Islamic laws on marriage, divorce, maintenance, adoption, succession, and inheritance would govern all Indian Muslims.

The article seems to have been the subject of a lot of debate, but not enough at the same time. These discussions often tend to have left the subject of the article, i.e. the Uniform Civil Code, a single planet revolving around the sun (public opinion), swirling and spinning in an orbit and on its own axis, with the occasional asteroid struck either by a hungry politician or by an electoral politician. Or the judiciary, or the activist, to drive it out of its orbit, but only towards an aimless path not even known to the propellers, only to see it eventually return to its peculiar orbit of ignorance in due course. The writer should, however, try to avoid delving into the bottomless quagmire of the policies involved in the government’s lack of perseverance and initiative. Nevertheless, the author also wishes to make it absolutely clear at the outset that he believes incontrovertibly that in a country like India, with all its divergent conceptions of morality and the practice of religious beliefs, there can be no national integration without the adoption of a specific and standardized civil code. “For the progress of a country–and perhaps even its survival–a national identity is more vital than the identity of different classes and communities.”

Shah Bano Case, Mohammad Ahmed Khan v. Shah Bano Begum is known primarily as the case of Shah Bano. In this case, in 1985, Shah Bano moved to the Supreme Court for seeking support under section 125 of the Code of Criminal Procedure when her husband divorced her by giving triple talaq after 40 years of marriage and refusing her regular maintenance. Through applying section 125 of the Indian Criminal Code, the Supreme Court ruled in favor of Shah Bano, and it applies to all people regardless of religion. Then Chief Justice Y.V. Chandrachud noted that by eliminating disparate loyalties to rule, a Common Civil Code would assist the cause of national integration. And so the court ordered a UCC to be adopted by Parliament.

John Vallamattom v. Union of India Case In 1997, John Vallamatton, a priest from Kerala, filed a written petition stating that Section 118 of the Indian Succession Act discriminated against Christians by imposing unreasonable restrictions on their donation of property by will for religious or charitable purposes. India’s Chief Justice V.V Khare, Justice S.B Sinha, and Justice A.R. Lakshamanan’s bench struck the Section declaring it unconstitutional. That was also mentioned by Khare; Article 44 stipulates that the State shall strive to maintain a Uniform Civil Code for all people of India. It is a matter of great regret that there was no effect on Article 44 of the Constitution. Parliament has yet to take steps to frame the country’s common civil code. A Common Civil Code will help the cause of national integration by eliminating the contradictory

Recently, the issue of the Uniform Civil Code has arisen in India’s political discourse mainly because many Muslim women, adversely affected by personal laws, have started knocking at the Supreme Court’s doors to protect their fundamental rights to equality and freedom in compliance with constitutional provisions. Recently, the Ministry of Union Law has asked the law commission to examine issues related to the implementation of the Uniform Civil Code.

Article 25 allows for freedom of conscience and freedom of trade, religious practice, and dissemination. The UCC can not, therefore, be forcibly imposed on the people as it will then be a clear violation of Article 25 of the Indian Constitution is in force. Therefore, it is important to co-exist UCC and personal rules. Whereas, for all current personal laws, UCC is nothing but the integration of modern and progressive elements that can not be ignored.

The goal behind Article 44 is to bring about an integration of India by taking all religions to a common platform on matters that are currently regulated by various personal laws but that do not constitute the essence of any religion. 24] It is expected that the uniform civil code will one day become a reality, despite the odds stacked against it. It is also encouraging to see that the plea for a uniform civil code has more to do with gender bias and harassment than with theological considerations these days. Such a new interpretation of the concept of a civil code expands the scope of the debate and also helps to maintain religious arguments and the subsequent social and political arguments. For example, while outlining offenses within it, the domestic violence act does not take religion into account. 25] The words of Justice Leila Seth aptly reflect the current perception that is beginning to spread rapidly among citizens: “These are not Hindu or Muslim or Christian or Parsi demands or laws–they are a cry for gender-friendly legislation; for giving women their human rights and constitutional rights. If in one go we can’t give them all the freedoms, let’s slowly advance, but let’s not stagnate. Let us move towards the laws of gender and uniform civil code.”

A UCC can only emerge at the end of the day through an evolutionary process that preserves the rich legal heritage of India, of which all personal laws are equal constituents. UCC’s codification and implementation may not necessarily lead to the expected gender and religious equality. New efforts to raise awareness are required to reform existing changes in personal law that the communities themselves must implement first. There is a need to modernize, democratize and reinforce existing institutions for this transition. For all women of all faiths, genuine attempts to empower women must be made. Modern India’s inclusive democracy is identification. Therefore, to thrive in Indian democracy, efforts should be based on unity in diversity rather than blanket uniformity. 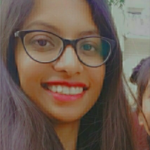