Who can get a foreign contribution?

Any person which includes individual, association and company can receive a contribution under FCRA if the situation given in the Act are fulfilled. An association in this respect denotes an association of individuals having an office in India. Nevertheless, it is not necessary for the association to be incorporated. NGOs must register under FCRA to get a foreign contribution in form of donation.

An organization which is of political nature and an association or company which is employed in the production and broadcast of audio or audiovisual news or current affairs programme can’t receive foreign contribution.

The process of getting a contribution

An association can take prior approval for a one-time contribution. Prior permission is given on a case by case basis. Usually prior permission for contribution is taken if the organisation does not have permanent FCRA registration number; the FCRA registration number has been canceled by the Government ; the connection is instructed by the Central Government to take prior permission in case the organization is banned from receiving foreign funds under provisions of FCRA;  the FCRA number is rejected due to violation of the provisions and conditions specified  below the FCRA or foreign contribution is for one definite cultural, economic, educational, religious or social programme.

To get prior permission an online application in Form FC-4 is required to be filled. Consequently, the hard copy of the online application along with a certificate of recommendation from the collector of district or department of the state government or ministry or department of the Government of India requires to be forwarded to Ministry of Home Affairs. The application of prior approval has to be processed within 120 days at maximum; nevertheless, in case the application is not processed within such time duration, then the applicant organization can continue on the basis that the permission has been granted.

An NGO has to register under FCRA to get a foreign contribution on a regular basis. For registration, it has to fulfill certain eligibility requisites, which are explained below.

Before joining for registration, the organization should make sure that it has been in operation for 3yrs, it doesn’t have a parent society that is already registered under FCRA and no foreigner is on the board of the society.

It is also crucial for the NGO to open a separate bank account in the name of the society with the purpose of accepting and utilizing funds received under Foreign Contribution and Regulation Act.

For the determination of registration, an online application has to be made. The hard copy of the online filled application should be suitably signed by the person seeking foreign contribution. Consequently, it has to be forwarded to the Ministry of Home Affairs. The application has to be accompanied by required documents within 30 days of the submission of the online application, failing which the application of the person shall be deemed to have ceased. The needed documents consist of Form No. FC. 3; copy of memorandum, rules and regulations of the organization and the audited accounts of the last 3 years; list of office bearers; description of the activity of the association during the past 3 years; name and address of the bank along with the account number in which the fund will be taken and a copy of registration certificate.

Validity of certificate of registration

Every certificate of registration granted shall be valid for a period of 5 years. For renewal of a certificate, the association shall apply 6 months prior to the date of expiry. The application will be in Form FC-5 and shall be along with a fee of Rs. 500 i.e. re-registration charge.

In case no application is made, the registration shall be considered to have terminated. A person performing an ongoing multi-year project shall apply for renewal 12 months before the date of expiry of the certificate of registration.

Restrictions on the utilization of funds

The participation shall be utilized only for the purpose for which it is received. In case the organization wants to meet their administrative costs from the fund, it can use 50% of contribution for such purpose. Nevertheless, in case the organization wants to use more than 50% of the contribution for administrative purpose then it needs to take prior permission of the central government.

Every person who sustains foreign contribution under the Act shall submit a report, duly certified by a chartered accountant, in the Form FC-6, accompanied by an income and expenditure statement, receipt and payment account, and balance sheet for every financial year beginning on the 1st day of April within nine months of the closure of the financial year, to the Ministry of Home Affairs. The yearly return in the prescribed Form shall reflect the foreign contribution received in the exclusive bank account and include the details in respect of the funds transferred to other bank accounts for utilization. In case no foreign participation has been received in a year then a “NIL” report shall be furnished as an annual return.

As for the new regulation, provision has been established for the inspection of account if the registered person or person to whom prior approval is granted fails to provide an account in accordance with law.

In case, any person to whom certificate of registration or earlier permission has been granted permits foreign contribution in excess of one crore rupees or equivalent thereto in a financial year, he shall keep the summary data on receipts and utilization  of foreign contribution concerning to the year of receipt as well as  for one year following in the public domain. There can be many ways such as through the website, publicly accessible data record etc through which such summary data can be kept in the public domain. The Central Government shall also present or upload the summary data of such persons through its website.

Cancellation or suspension of a certificate granted under FCRA

The new provision has made provision concerning suspension or revocation of prior approval and certificate of registration if there is a violation of the provisions of the Act.

In case the certificate of registration is suspended, 25% of the foreign contribution received can be utilized for the declared purpose, nevertheless, the remaining 75% can be used only after revocation of such suspension.

Use of foreign contribution by the 3rd person

Nonetheless, if a person intends to transfer the foreign contribution, he may make an application to the Central Government in the Form F-10. The Central Government may permit the transfer in honor of a person who has been granted the certificate of registration or prior permission under FCRA, in case the recipient person has not been proceeded against under any provision of the Act.

The new regulation provides imprisonment of the person which may increase up to 6 years along with fine if a person intentionally gives false intimation with regard to foreign contribution and seeks prior permission or registration by means of fraud, false representation or concealment of material fact. Any person violating the provisions of the Act shall be punishable with imprisonment for a term which may extend to 5 years or with fine or with both.

All these provisions make the rules and law related to FCRA stringent, it is significant that an organization taking foreign contribution to follow these regulations in order to get the contribution and avoid penalty. 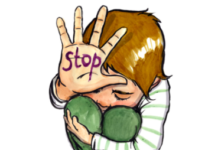 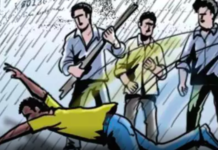 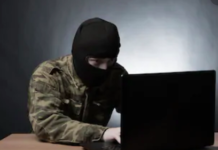 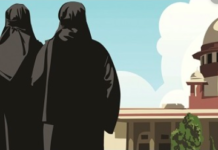 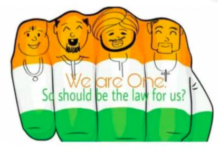 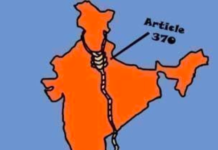