WHY TO GET NAME CHANGED ?

India being a place having antiquated connection with vaastu, numerology, and its common practice for women from many communities to change their first and last names after marriage, makes its citizens end up getting their names changed.

Given how common this is, you would expect the procedure of your name change application to be a piece of cake. But it is, in fact, pretty tedious and monotonous, with name change forms to be filled out, and even requiring a newspaper advertisement.

Having said this, the procedure for changing your name is quite simple. There are three mandatory things, which are needed to be done for authorizing the name change:

The affidavit reflects both your old and new name. Affidavits can be utilized for changing the entire name, surname or only a couple of letters.

Keep a duplicate of the affidavit. This is an urgent report and proves to be useful for any future legitimate customs.

In the event that you have made the affidavit, the next set is to distribute a notice/notice in the newspaper that you have changed your name. For this, you have to choose two papers, one distributed in the official dialect of the state and the other, an English day by day.

The requisite is to pick two eminent daily and send a request to them, stating the following details:
a. Your new name
b. Your old name
c. Date of Birth
d. Address

Let’s assume XYZ is changing his name to ABC.

I, XYZ, residing at, have changed my name to ABC, and will be known as ABC from here on in. I have submitted an affidavit to this effect, which was signed by on.

Married ladies, who might want to change their surname after marriage, should include their husband’s name and address in the notification.

When your advertisement is distributed in the paper, make sure to gather the maximum number of duplicates as you can, and store it for some time later.

We are well toward the end now, with simply the Name Change Gazette Procedure remaining. When your gazette notification is distributed, your name change will be lawfully complete.

The name change gazette notification is compulsory for those in work with the administration and discretionary for other people. Be that as it may, it is considerable evidence of your name change.

However, preceding to sending in the following details, ring the Controller’s office of Publication in order to get a detailed account of what all need to be sent, and note it down. Also, place the above documents in an A4 sized envelope before dispatching it to the below mentioned address.

The office of the Controller of Publication will inform with the necessary copies of the Gazette on which the Advertisement/Notification has appeared. Keep this safely for future reference.

Although your work for legalizing your name change is made, it is essential to save all the documents and use it for officially changing your name in the bank records, certificates and any other documents that you deem necessary.

The name change documents might come as crucial ones when you apply or renew a passport or for any other future transactions.

Also, it is noted in several cases that a person has just the affidavit and the Newspaper advertisements for a name change, and have not notified the Gazette regarding the modification. Although, as stated earlier, the government employees have the mandatory clause for Gazette notifications, the banks might ask for Gazette notification before changing your name in the account.

PAN Card name change may be required primarily because of a number of reasons including marriage, misspelled name in PAN card, change of name and due to various other reasons. Name change online is possible for PAN and the procedure is easy and can be achieved by filing the form for PAN Card name change online through TIN or NSDL. The fee for requesting PAN card change is Rs.105 and in case, the PAN card has to be dispatched abroad, an additional charge of Rs.866 is applicable. 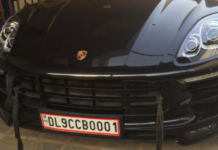 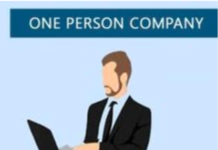