KASHMIR CONFLICT – WHO IS RIGHT, INDIA OR PAKISTAN?

In Kashmir second heaven on earth was sold by the Britisher to Raja Gulab Singh of Jammu in 1846 then from him to India in the garb of the Treaty of Annexure in 1947. The issue is not only the oldest issue on the agenda of the United Nation but an unsettled business with flower of thorns germinating with season of blood bath from 1947 to 2019. As the partition began a plan was laid where in Rulers were given the option either to join Pakistan or India on reasoning which was dependent on their population composition and geographical contiguity. The Ruler of Hyderabad joined India and Junnagarh acceded to Pakistan. However, India by its dominance occupied both as the major population was Hindu and they wished to join India. This formula failed in case of Jammu and Kashmir as ruler Maharaja Hari Singh who was cajoled by the India wanted to join India and set his forces out to his forces to slaughter Kashmiri Muslims who agitated to join Pakistan .The first error committed by ruler and India ascended the throne of  thorns where people wish was crushed and seed of sourness was planted. Wherein rebellious people formed another popularly known  as Azad State of Jammu and Kashmir backed by the Pakistan  and Pakistan claiming that their population is Muslim and they enjoy more claim in geographical position as well.

India and Pakistan seek the help of United Nations to resolved the dispute for this certain resolution as the part of the resolution a truce agreement was entered with the following terms and condition were agreed:

1. The High Commands of Indian and Pakistan forces agreed to refrain from taking any measures that might augment the military potential of the forces under their control in the State of Jammu and Kashmir. (For the purpose of these proposals forces under their control shall be considered to include all forces, organized and unorganized, fighting or participating in hostilities on their respective sides)

3. The Government of Pakistan will use its best endeavour to secure the withdrawal from the State of Jammu and Kashmir of tribesmen and Pakistan nationals not normally resident therein who have entered the State for the purpose of fighting. Pending a final solution the territory evacuated by the Pakistan troops will be administered by the local authorities under the surveillance of the Commission. That the tribesmen and Pakistan nationals referred to in above hereof have withdrawn, thereby terminating the situation which was represented by the Government of India to the Security Council as having occasioned the presence of Indian forces in the State of Jammu and Kashmir, and further that the Pakistan forces are being withdrawn from the State of Jammu and Kashmir, the Government of India agrees to begin to withdraw the  bulk of their forces from the State in stages to be agreed upon with the Commission.

4. Pending the acceptance of the conditions for a final settlement of the situation in the State of Jammu and Kashmir, the Indian Government will maintain within the lines existing at the moment of cease-fire the minimum strength of its forces which in agreement with the Commission are considered necessary to assist local authorities in the observance of law and order. The Commission will have observers stationed where it deem necessary. The Government of India will undertake to ensure that the Government of the State of Jammu and Kashmir will take all measures within their power to make it publicly known that peace, law and order will be safeguarded and that all human and political rights will be guaranteed.

5.The United Nations Commission for India and Pakistan in it truce agreement Part III the idea of plebiscite will answer the question of the accession of the State of Jammu and Kashmir to India or Pakistan ,will be decided through the democratic method of a free and impartial, this will be held by the UN Commission appointing a  administrator  who  will be incharge of the plebiscite. Herein when the Commission is satisfied that peaceful conditions have been restored in the State, the Commission and the Plebiscite Administrator will determine, in consultation with the Government of India, the final disposal of I ndia and State arm ed forces, such disposal to be with due regard to the security of the State and the freedom of the plebiscite.

To answer this question we have to move from theoretical aspect of terms and conditions India and Pakistan has signed in Truce agreement.

Pakistan point of view: India who has touted the democracy and its claim to be largest one has failed to win the heart of the people. The plebiscite that was supposed to happen never happened as India fears that if the Kashmir quit India and movement in north eastern state will be difficult to handle. Even the Punjab and Tamil Nadu might reopen their demand for leaving the union this being the reason that heavy forces are being deployed. They have portrayed  the people who are fighting for their freedom as terrorist  who wants to disrupt the  peace of the state and when we protect them they blame us that we are funding the armed rebellion who wants to disrupt the peace of the nation and had launched heavy armed action under the garb of it. This resulted in murder of innocent people in name of security and women has suffered from atrocities against them and has disrupted the normal course of life of people. As far as India concerns one of the reliable sources of information’s on human rights violation is the Amnesty International. This organization was banned from operating in the country for number of years. Human rights are being violated with impurity by those who control the territory. Kashmir under India’s control as there is wanton denial of the most basic human rights: the right of life, torture, rape, abduction, eviction, fake encounters  are rampant seeing the conditions it has been felt that will it be wise to chose not to withdraw forces. As their constant failure to comply with the mandate signed six decades Pakistan set an option to recognize the  both sides of LOC. So that comman conclusion can be reach as said Musharraf and  new state of united Kashmir can be formed where in both the parts of Kashmir occupied can be demilitarized at the same time and no one gets the upper hand in it .As they have till now run a puppet democratic  government which orks as per the wimps and fancy of central government of India who are driven by their political agendas rather than the welfare of the people.

India’s  point of view : They have always been willing to discuss all issues in relation to Kashmir it is their intransigent. unrealistic and on occasion univocal approach which has resulted in the failure of all the dialogues that was arranged on their part. Their continuous infiltration by them in garb of non state actors in form of rebellion army has disrupted the economy as there is constant war normal life cannot be enjoyed as to protect the people government has to take strict measures in form of  passing of armed forces special powers act to maintain the peace and order so promised  by the government in truce signed at UN or by the imposition of president rule due to failure of administrative machinery. When erstwhile ruler of J&K has duly signed , the largest popular party had endorsed the Accession  and people has ratified it (agreement made by Mr. Nehru then PM  lead to insertion of Article 370 in Indian Constitution).Thus Pakistan can never be the party to the accession. The war of 1971 and of 1999 has majorly question he Pakistan credibility in matter as they have illegaly occupied the part of Kashmir and has been  wicked to sanctity of LOC so set after 1971. As per the policy of India J&K  is it integral part which they have accessed in the rightful manner and has maintained the state in a democratic manner by hosting creditable elections and prompting a welfare state. Even if the claim over the is fraudulently acquired it  should be resolved within the ambit of the Commission’s truce agreement for which Pakistan has to withdraw its forces from every conner with no cease fire  so that we can maintain peace, law and order for the plebiscite.

In the end with no conclusive outcome as each nation carrying its own diplomatic ego and supremacy of power that they are right. With each claims as rightly made build on the historic prospect whether Pakistan claiming the state on the basis of the plan forwarded at the time of partition to divided the land on the bases of religious population and so was done in form of East Bengal or India right based on the  Treaty of Annexure signed with the erstwhile king of the state legally and fundamental formed or the solution that was reached almost six decade ago by the check of power force United Nation in Truce so signed in with the proper negotiation amongst the leader of the states at that time which was never put in action as no one agreed to bow down to each other. Ultimately it was people of Jammu and Kashmir who are suffering by living in state which is divided into five parts wherein two with Pakistan and three with India .Herein sanctity of a welfare state is in question because of the political parties of each nation who in their own trifles never sought to resolve the conflict and arms lobby fueling the fire for their benefit. Henceforth leaving them with no chance other than to accept their fate and live within in state with no voice of opinion and be a ball which is passed from one hand to other for their own benefit  or leave the homeland move to a new place where their credibility is always questioned and are seen with eyes of pity and sympathy  for a faith they have not chosen and are not being given a right to chose in near past or current present or  coming future. Then who is right ? India or Pakistan or the fate of people balled by them. 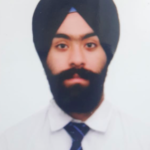