Juvenile crime is not a born in the boy inherently, but it is largely due to either the spirit of adventure that belongs to him, his own ignorance, or his lack of discipline, depending on the nature of the individual.-Robert Baden-Powell.

The children are not only gifts from God but also considered to be the greatest personal as well as national assets. We as a whole have a duty and responsibility that children should be provided and allowed to grow in a healthy and socio-cultural environment so that they become physically fit, mentally alert and morally healthy responsible citizens. The state must provide equal opportunities for the development of all children which can help to reduce inequality and ensure social justice.

The children are expected to be obedient, respectful and have good virtues in them. However, due to certain circumstances, a certain percentage of children do not follow the set social and legal dictum. Such children more often than not get involved in criminal behavior which is known as Juvenile Delinquency or Juvenile crime.

Childhood experiences are important in the development of criminality, however, not all criminals reveal their criminality early in life. While the origins of criminal behavior in childhood are a complex matter, delinquency is reasonably predictable early in some children’s lives. Similarly, antisocial behavior in the form of juvenile delinquency is predictive of adulthood crime. It seems evident, though, that early problem behavior should not be neglected for two reasons – it is predictive of later, more serious, problems and, if it is acted on, then even simple interventions may be effective at reducing future delinquency.

“The word delinquency is derived from the Latin word (delinquere), meaning distance and linquere. i.e. to leave thus, mean by to leave or to abandon.
Nowadays, the word is being predominantly used and applied to those parents or guardians who have abandoned and neglected their children. Initially, it applied to all those children who are tangled in illegal and harmful activities.

A juvenile is a teen who has dishonored certain laws which announces his act or omission as an offense. A ‘juvenile’ and a ‘minor’ are used from a different perspective in legal terms. The term juvenile is generally used to characterize a young criminal offender and minor is allied to the legal capacity of a person. Moreover, Juvenile is considered as a young person who has not accomplished a specific age as mentioned in the law of any country and doesn’t abide resemblance as a matured person and who can be made legally accountable for his criminal activities.

Sociological theories of juvenile delinquency put emphasis on the environment, social structures and the learning process. However, it is generally agreed that a number of factors that play an important part in a youngster’s delinquent behavior can be divided into two groups, individual factors and situational factors. Individual factors include personality characteristics such as submissiveness, rebellion, aggression, impulsiveness, feeling of insecurity, anxiety, lack of self-control and emotional conflict, while contextual factors can be related to friends, partners, films, school environment, work environment, etc. Just as complex and various are the causal factors of delinquency, so are the meanings. Sociologists describe deviance as any conduct that is described as breaking their norms by members of a social group. This concept applies both to criminal acts of deviance as well as to non-criminal acts that members of a group view as unethical, immoral, peculiar, sick, or otherwise outside the bounds of respectability. According to another definition, delinquency is a condition arising in the matrix of socio-personal disorganization in the sequence of experience and influences that shape behavior problems. It is the product of a dynamic social process that involves numerous variables and personal and social control failures. It is a symptom of severe social and socio-economic problems. According to the legal concept, a delinquent juvenile is one who commits an act defined by law as illegal or delinquent, and who is adjudicated ‘delinquent’ by an appropriate court.

The adolescents often grow a delinquent sub-culture because of the social deprivation and resentment of status they are going through (Albert Cohen, 1955). Because of peer pressure, they also follow the delinquent habits. According to Walter B. Miller (1958), some young people (usually belonging to the lower class) turn upside down the mainstream culture, so whatever is valued and generally considered positive by the society these youth give up, is replaced by just the opposite system of value. Therefore, if certain morals are followed by society, juvenile delinquents disregard these ideals and seek to succeed in the fields of bravery, over-smart the others and engage in stuff that gives them arousal (defined as Miller’s main concerns). Delinquent subcultural theory has been introduced in recent studies in the U.S. (Ling Ren, Hangowel Zhang et al, 2016), where a new area of the juvenile’s attitude towards the Chinese police was based.

Cloward and Ohlin (1960) believe that, depending on what resources are available in their environments, adolescents develop different delinquent behaviors. If they have opportunities to learn illegal activities, the youth may become criminals. They may indulge in acts of street brawls and hooliganism if there are no such opportunities, or they are unable to excel in organized crime.

There are also psychological explanations for delinquency that can be well understood through Freudian I d, ego, and super-ego concepts. When the Id (personality’s instinctive element) becomes too strong and the super-ego is weak (personality’s socially conditioned element), the ego becomes an anti-social person (K. S. Williams 2012).

Sometimes the youth develop delinquent tendencies when self-control and social control through primary groups becomes weak. Also linked to deviance and delinquency was the breakdown of social institutions (Chris Knoester and Dana L. Haynie, 2005). There may be a strong connection between youth psychology and criminal behavior. Bangladesh’s study of female prisoners showed a very high incidence of psychiatric disorder among Female Juvenile Center offenders. There was also a high incidence of substance abuse among these offenders. David Brandt (2006) spoke extensively about the social and psychological factors in India that are responsible for violence. It has been noted under the social factors that the social environment has a strong impact on the youth’s deviating tendencies. Among these neighborhood relations and social organization in the delinquent can be significant behavior of the juvenile. This is discussed in He Len Chung’s and Laurence Steinberg’s (2006) analysis. The study shows that when the community relations are weak and the factors of social organization are not successful, social control over the members of society is weak, leading to delinquent patterns. In contrast to the poor environment, inadequate discipline and youth interaction with deviant peers results in higher crime rates.

The evolutionary theories suggest that people are affected by their biological / genetic composition. We are not necessarily the victims of genetic nature, but it makes these individuals susceptible to patterns of delinquency. Hormonal changes are responsible for their impulsive and rebellious actions in the juvenile’s body. In the lives of adolescents, ecological / environmental and economic factors also play significant trigger points. But it is typically the mixture of these variables that produces the juvenile delinquency condition together.

Model programs have provided information to families and children. Many programs inform parents about how to raise healthy children; many teach children about the effects of drugs, gangs, sex, and weapons; and others are aimed at demonstrating to young people the innate value they have and all others. All of these initiatives give young people the understanding of the consequences of their actions. This is especially important in a period where the sexual and violent representations of young people are banned. The underlying purpose of educational programs is to promote hope and open up opportunities for young people.

One of the immediate benefits of recreational activities is that they fill the after-school hours without supervision. The Education Department found that between 2 p.m. teenagers are most likely to commit crimes. At 8 p.m., at peak crime rates at 3 p.m. Recreation services allow young people in the community to engage with other adults and kids. Such successful friendships in later years can help children. Youth programs are designed to fit different children’s personalities and talents, including sports, dancing, music, rock climbing, theater, karate, bowling, painting, and other activities.

In a family, all girl scouts, boy scouts, church youth groups, and volunteer groups include children. Community involvement provides an opportunity for young people to interact in a healthy social environment.

Nurses participating in the program “Prenatal and Infancy Home Visitation by Nurses” pay low-income visits, single mothers between their third trimester and their child’s second year of life. During these visits, nurses focus on mother and child health, support relationships in the life of the mother, and mother and child enrollment in programs for health and human services. A 15-year follow-up study found that the program’s moms and kids had a 79% lower rate of child violence, a 56% lower rate of child abduction, and a 56% lower rate of child detention. Problems with maternal behavior in the study population have dropped significantly.

The “Parent-Child Integration Training Program” brings about 12 weeks to completion for parents and children. It is designed to teach parenting skills to children’s parents between the ages of two and seven who have significant behavioral issues. In cooperative scenarios, the software positions parents and children. The parents are guided by a therapist, teaching them how best to respond to the behavior of their child, whether positive or negative. Hyperactivity, attention deficit, aggression, and nervous behaviour in children were shown to be minimized by the system.

For elementary and junior high school settings, the Bullying Prevention Program is introduced. The anonymous student questionnaire fills out teachers and administrators as to who is doing harassment, what children are most often abused, and where bullying is taking place on campus. Upon learning how and where bullying occurs at their school, teachers and administrators establish class rules and facilitate discussions that address the issue. Professional therapy is offered to individual abusers and perpetrators. The program is successful at minimal cost in creating a safer, less hostile environment for students.

I strongly believe that it is easy to deal with the juvenile crime if it stops at its root. Offenders usually develop a desire to commit crimes when they are young, so it is a very good opportunity to confront their immorality because children are more flexible and can easily become positive characters. Psycho-social factors also play a very important role in juvenile crime, as young generation’s general social morality is dictated by the way people think and live. Views among different groups of people, especially when they are negative, are detrimental to minorities. Societies with more noticeable variations, such as races, may experience a higher rate of juvenile delinquency

Millions of teenagers are charged each year for delinquency and are even more involved or at risk of taking part in delinquency actions. Delinquents face numerous challenges including risk of incarceration, drop-out from school, drug use, and increased probability of adult crime. Numerous programs try to prevent delinquency and rehabilitate criminals, but most fail to produce significant results. Since the colonial era, juvenile delinquency has been a social issue. Juvenile offenders have been made to serve the same punishment as an adult during this period. The rate of delinquency has rocked throughout the generations; the government has reformed various laws and changes to the community’s defense. Delinquency has been used and will remain unless appropriate action is taken. 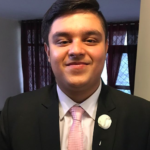