Judicial authority is the authority of the courts to declare laws or actions of government officials unconstitutional. To safeguard the liberty and rights of individuals, the judicial review is recognized as necessary and a basic requirement for construction up of a novel civilization. The powers of judicial review are vested significantly by means of the higher judiciary of states and the Supreme Court of India. The doctrine of judicial review is the basic structure of constitution.

Nature and Scope of Judicial Review

The power of judicial review controls not only the legislative but also the executive or administrative act. In judicial review the court is only concerned with the manner in which those decisions have been taken. The extent of duty to act fairly varies from case to case on the following grounds:

Provisions of Judicial Review in the Constitution

Article 32 of the Indian Constitution provide power of judicial review to the Supreme Court. It gives the right to individuals to move to the Supreme Court to seek justice when they feel that their right has been ‘unduly deprived’. The Supreme Court is given the authority to issue directions or orders for the execution of any of the rights bestowed by the constitution as it is considered ‘the protector and guarantor of Fundamental Rights’.

(2) The Supreme Court shall have power to issue directions or orders or writs, including writs in the nature of habeas corpus, mandamus, prohibition, quo warranto and certiorari, whichever may be appropriate, for the enforcement of any of the rights conferred by this Part

Article 136 of the  provide the power to the Supreme Court to grant special leave to appeal. The Supreme Court, on its pleasure can award special leave to appeal after any order or sentence, decree, determination and judgment of any matter or cause, which has been made by any tribunal or court in the domain of India. In the least tribunal or judiciary established under any legislation in reverence to the Armed Forces, Article 136 of the Constitution is applicable to any order or sentence, determination, and judgment.

Article 226 confers on high court the power to issue writs.

(1) Notwithstanding anything in Article 32 every High Court shall have powers, throughout the territories in relation to which it exercise jurisdiction, to issue to any person or authority, including in appropriate cases, any Government, within those territories directions, orders or writs, including writs in the nature of habeas corpus, mandamus, prohibitions, quo warranto and certiorari, or any of them, for the enforcement of any of the rights conferred by Part III and for any other purpose

(2) The power conferred by clause (1) to issue directions, orders or writs to any Government, authority or person may also be exercised by any High Court exercising jurisdiction in relation to the territories within which the cause of action, wholly or in part, arises for the exercise of such power, notwithstanding that the seat of such Government or authority or the residence of such person is not within those territories

(3) Where any party against whom an interim order, whether by way of injunction or stay or in any other manner, is made on, or in any proceedings relating to, a petition under clause (1), without

(a) furnishing to such party copies of such petition and all documents in support of the plea for such interim order; and

Article 226 confers very wide powers in the matter of issuing writs on the high court, the remedy of writ is absolutely discretionary in character. If the High Court is satisfied that the aggrieved party can have an adequate and suitable relief elsewhere, it can refuse to exercise its jurisdiction.

Article 227 of the Constitution confers on High Court the power of superintendence over all courts and tribunals throughout the territories in relation to which it exercises jurisdiction excepting any court or tribunal constituted by or under any law relating to armed forces. It is well settled that the power of superintendence so conferred on the High Court is administrative as well as judicial and is capable of being invoked at the instance of any person aggrieved or may even by exercised suo motu.

Difference between Article 226 and 227 of the Constitution of India.

In Surya Devi Rai Vs Ram Chander Rai, the Hon’ble Supreme Court had broadly differentiated Article 226 and 227 as follows:-

Writ of Habeas Corpus may be filed by any person on behalf of the person detained or by the illegally detained person himself.

Mandamus: The writ of mandamus means command is addressed to a public authority to command him to do a duty which he is supposed to do but he has not performed.

Prohibition: the writ of Prohibition means “to forbid” and popularly known as ‘Stay Order’. This writ is issued when a lower court or a body tries to exceed the limits or powers vested in it. It is issued by any High Court or the Supreme Court to any inferior court, or quasi judicial body. This writ can be issued only against judicial and quasi-judicial body authorities and not against administrative authorities.

Certiorari: it is also issued against inferior Courts by the Supreme Court or the High Courts, if the lower Courts have violated their designated jurisdiction and pronounced the judgement on the case.

The writ Prohibition and Certiorari have some difference:

Grounds for the issue of Certiorari to a judicial or quasi judicial body:

In A.K Kraipak v. UOI, the writ of certiorari was issued to quash the action of a selection board, on the ground of personal bias.

Quo-Warranto: The writ of quo warranto means “what is your authority”. It is issued against a person occupying a public office which he is not entitled to. The purpose of the writ is to prevent the unlawful occupation of a public office by persons who are not eligible to hold that office.

Conditions for the grant of Quo Warranto:

Difference between Review and Appeal

Review is filled in the same court whereas appeal is filed at a higher court.

Procedural irregularity, impropriety, irrationality, ad illegality form the basis of a review whereas thee can be grounds of dissatisfaction or disappointment for filing an appeal.

An appeal is request to change or modify the decision or verdict whereas review is a request to look into the legality of the rulling.

The growth of judicial review is the unavoidable response of the judiciary to ensure proper check on the exercise of public power. Growing awareness of the rights in the people; the trend of judicial review of every important governmental action and the readiness even of the executive to seek judicial determination of debatable or controversial issues, at times, may be, to avoid its accountability for the decision, have all resulted in the increasing significance of the role of the judiciary.

The Judges have a duty to perform, which is even more obligatory and essential to keep the judicial ship afloat on even keel. It should avoid making any ad hoc decision without the foundation of a juristic principle, particularly, when the decision appears to break new grounds. The judgments must be logical, precise, sober, and clear, rendered with restriction in speech avoiding saying more than that, which is necessary in the case. 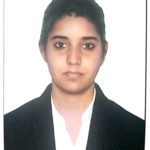