Marriage is the ‘nucleus’ of the family. It is a process by which the physical union of a man and woman is legalized and thereby regulates social life. It is the very foundation of the family and society. Hindus consider marriage as a necessary sanskar and sacramental union- a permanent, indissoluble and eternal union. A man or woman without spouse (a lawfully wedded wife or husband) enjoys no social status and is looked down in the society. In simple words, a spouseless person is a leafless tree”. 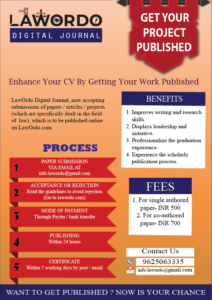 According to Mitakshara Law, marriage has three objects namely:

Dharma Sampatti- The main object of the marriage is ‘Dharma’. As per the Vedas, the highest act of dharma lies in the performance of Yagnas and Sacrifices. Shastras donot allow a wife less man to perform Yagna or sacrifice or anniversaries of the ancestors. There must be a wife for honouring the guests, which is an act of Dharma.

Praja Sampatti- Marriage is one of the essential sanskaras to have a son. The son by performing the religious ceremonies fulfils the object of Praja Sampatti. He can avoid the torturing of the soul of the parted ancestor, that is, father/grandfather/great grandfather, in the hell called ‘put’, by performing the obsequies. (Obsequies=funeral rites and solemnities). Therefore, the son is called ‘Putra’, a means of salvation.

Rati Sukham- The third object is ‘Rati Sukham’ which means the pleasure of sexual enjoyment. It is a biological necessity.

Brahma- In this form, bride’s father invites the bridegroom and makes gift of his daughter. The chief feature of this form is that the parents do not receive any consideration for giving the girl in marriage, their choice of the bridegroom not being determined by a desire to trade on their daughter. This form was originally prevalent among the Brahmins. The Brahma form of marriage has been considered to be the best form. It is the only form of marriage which is not supposed to be prevalent. Even the Sudras may marry now in this form. Even a widow could be given in this form of marriage.

Daiva- In this form, bride decked with ornaments is given in gift to a priest, who duly officiates at a sacrifice performed by the father in lieu of Dakshina or fee due to the priest.

Arsha- In this form, bride’s father accepts one or two pairs of cows from bridegroom in exchange of bride. In the Arsha form, the nominal character of the sale was clear; for the father’s taking from the bridegroom in exchange a cow and a bull or two pairs was only in fulfillment of the sacred law, there being no intention to sell the child; and the bull and the cow were received back with the bride by the bridegroom.

Prajapatya- In this form, the father addresses the bridal couple ‘May both of you perform together your duties’ and gives in gift to the bridegroom not invitee, but a suitor. Prajapatya is ancient form of Hindu marriage and is similar to the Brahma form of marriage.

The above four forms are said to be civilized in the sense that they are approved by the sages.

Irregular or Unapproved or Uncivilized forms of marriages

Asura- In this form, Bridegroom receives bride by paying money. According to Manu, when the bridegroom receives a maiden, after having given as much wealth as he can afford, to the Kinsmen and to the bridge herself, according to his own will, that is called Asura rite. This form is largely practiced in South India. In Gulabchant v. Fulbai [ILR 33 Bom. 411] it was held that if the marriage fails through the price paid may be recovered.

Gandharva- It is a love marriage, that is, voluntary union of maiden and her lover. Baudhayana says that the Gandharva is lawful for Vaisyas and Sudras.

Rakshasa- It is a forcible marriage against the will. Rakshasa marriage was by forcible capture and allowed only to Kshatriyas or military classes. This form of marriage is practiced among certain classes of Gonds of Berar and Betual of Madhya Pradesh and among the rude hill tribes.

Paisachika- In this form, a man seduces a girl in sleeping or unconscious state. These four forms are said to be uncivilized in the sense that they are not approved by the sages, of these, only three remained in practice:-

The Gandharva forms of marriage.

According to Section 7 of the Hindu Marriage Act, 1955 the different kinds of marriages have been ceased to exist. The parties can adopt any one form (of marriage) prevailing in his/her community.

The conditions of marriage may be explained with reference to:

Conditions of marriage under Ancient Texts

According to Ancient Texts, a marriage to be valid, the following conditions are to be satisfied:-

Monogamy- He/she should not have spouse living at the time of marriage. In those days (prior to Widow Marriages Act) widow marriages were not allowed.

Sapinda Relationship- The bride should not be a sapinda of the bridegroom.

However, a marriage between certain relations is permissible if their custom permits such marriage and the same is permitted by the Hindu Marriage Act, 1955.

For example- Marriage between uncle and niece. Similarly between brother’s daughter and sister’s son.

Prohibition of Sagotra and Sapravara- If the parties to the marriage belong to the same gotra, they are called ‘Sagotras or Sapravaras’. The marriage between the Sagotras is prohibited and void. This rule does not apply to Sudras. However, the Sagotra marriages were validated by the Hindu Marriage Disabilities Removal Act, 1946. This rule had been incorporated under Section 29(1) of the Hindu Marriage Act, 1955.

Marriage Ceremonies- A marriage to be valid, it is necessary to perform certain ceremonies, shastric or customary. They are the performance of homa, the panigrahana (invocation of sacred fire) and Sapdapadi. The marriage ceremony is said to be complete, when the seventh step is taken by the bride and bridegroom together around the holy fire.

Conditions of marriage under the Hindu Marriage Act, 1955

Section 5 of the Hindu Marriage Act, 1955, lays down the conditions of a valid marriage which are as follows:-

Monogamy- Neither party has a spouse living at the time of marriage.

Mental Capacity- At the time of the marriage, neither party:

is incapable of giving a valid consent

has been subject to recurrent attacks of insanity.

Degrees of Prohibited Relationship- The parties are not within the degrees of prohibited relationship, unless the custom or usage governing each of them permits of a marriage between the two.

Sapinda Relationship- The parties are not sapindas of each other unless the custom or usage governing each of them permits of a marriage between the two.

THE DOCTRINE OF FACTUM VALET

The Doctrine of Factum Valet is originated from the Roman Law maxim ‘Factum Valet Quod fieri dabuit’ which means that “what ought not to be done is valid when done”. This doctrine applies, where there is a normal obligation and not legal prohibition for a thing.

It does not apply where something is done in contravention of mandatory texts. It has been applied in favour of the validity of a marriage which has been either irregularly performed or performed in disregard to the Hindu Law texts which are merely directory. Thus the doctrine is applicable to validate marriage with the step mother’s sister, the paternal uncle’s wife’s sister, the wife’s sister or their respective daughters since the texts prohibiting such marriage have been held to be merely directory and not mandatory.

In Venkatramana v. State [AIR 1978 AP 43] the court has applied the doctrine of factum valet to child marriage and held that the marriage itself is valid though penal consequences are attracted. The child marriages are neither void nor voidable. They continue to be valid even though punishable.

Ancient Texts- A Hindu Marriage is a sacrament and hence, for a Hindu, it is a sanskara (religious rite or sacrament). Shabar Swamy defined the term sanskara as an act by which a thing becomes fit for a certain purpose that is, dharma sampatti, prajasampatti, performance of sacrifice, rathisukham (sexual pleasure, which without lawfully wedded wife is considered to be a sin). According to Shastras, marriage is a holy sacrament and the gift of a girl (Kanyadaan) to a suitable person is a sacred duty on the father, who derives spiritual benefit after the performance of the Kanyadan. According to Vedas, marriage is a sacred institution which regulates social life. Hindus regard marriage as a sacramental union for the following reasons:

Manu said that once man and woman are united in marriage, there should be no differences between them and must remain faithful to each other.

Wife being man’s half, is the source of Dharma, Artha, Kama and Moksha.

Wife plays a significant role in social, cultural and economic life of a man. Further, it is said that a woman (wife) is instrumental for the growth and destruction of a man’s career.

In many cases, the courts decided in favour of the preservation of marriage by uniting the couple even by directing the married woman to quit employment for matrimonial society (Tirad Kaur v. Kirpal Singh, AIR 1964 Puj. 28 and Saroj Rani v. Sudarshan Kumar, AIR 1984 SC 1562).

Marriage to be sacrament, it should be indissoluble union. Sections 13 and 13-B of the Hindu Marriage Act, 1955 made provisions for dissolution of the marriage.

Similarly, the provisions for maintenance of wife under Section 18 of the Adoption and Maintenance Act, Sections 24 and 25 of the Hindu Marriage Act, 1955 and Section 125 of the Code of Criminal Procedure accelerate the inclination of a married woman to break the matrimonial tie.

Finally, the marriage to be a sacrament, it must be an eternal union. This view was liberalized in 1856 by passing of the Hindu Widows Remarriages Act, 1856.

In view of the above, it may be said that the Hindu Marriage is both a sacrament and civil contract.

Marriage between persons belonging to Hindu, Jain or Sikh religion is valid. (Sections 2,4,5).

The Act prescribed the minimum age for boy as 21 and for girl as 18 years (Section 5). There was no such age restriction under the ancient Hindu Law.

Monogamy (Section 5)- Under the Act, monogamy is made mandatory for the validity of a marriage. It ,means having only one spouse.

Degrees of Prohibited Relationship- The distinctions between the Mitakshara and Dayabhaga particularly in the case of prohibited degrees of relationship have been taken away. (Sec 3(f) and (g).

Marriage Ceremonies (Sec 7)- The act does not prescribe any particular ceremonies and permits any ceremonies of the respective parties to the marriage. According to section 7(2) of the Act, two ceremonies, that is, Kanyadan and Saptapadi are essential for the validity of the marriage.

Registration (Sec 8)- The Act made provision for the registration of the marriage.

Nullity and Annulment of Marriage- Termination of marriage is made possible under Sections 11 and 12 of the Act.

The Hindu Marriage Act, 1955 was amended and passed in order to secure the rights of marriage for the bride and groom who are Hindu and are bound under the sacred bond of marriage under any ceremony. The law does not define the kind of ceremony since there are numerous ways in which a man and a woman may carry out this religious act. This act was floated after many cases were seen where both man and woman were humiliated under a fraud case in the name of marriage. This act is binding on any person who is Hindu, Jain, Sikh and Buddhists and is not a Muslim, Christian, Parsi or Jew and is governed by some other law. This law is binding on any person who is a Hindu by Birth or Hindu by Religion. 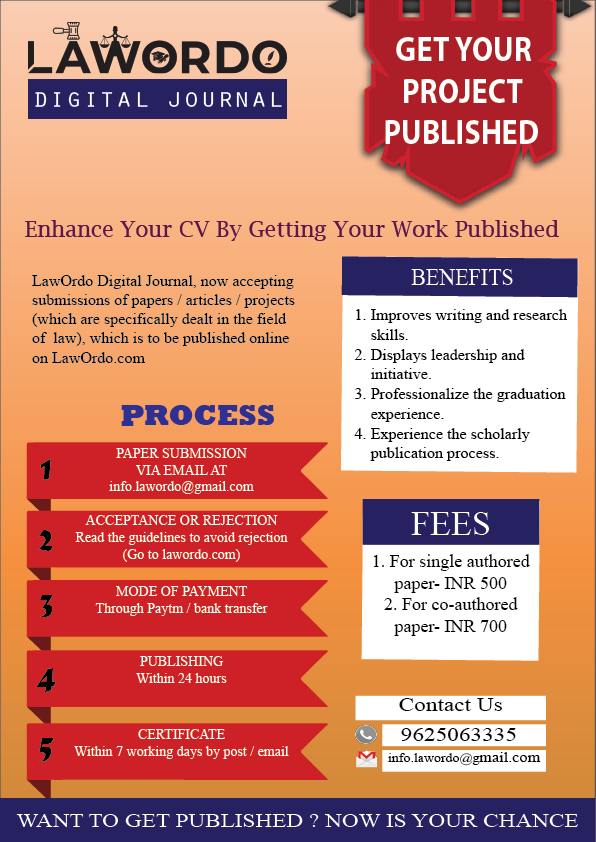