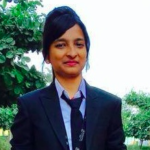 The word “pornography” comes from the Greek “pornographos” literally meaning writing about prostitutes.[1] One of the commonly accepted definitions of pornography from Oxford Dictionary is “Printed or visual material containing the explicit description or display of sexual organs or activity, intended to stimulate sexual excitement.” There are many ways to define pornography such as any sexually explicit material that is bad, although a particularly dominant approach has been to define pornography in terms of obscenity. This is also the practice followed in India, where pornography is seen as an aggravated form of obscenity.[2] There is no specific provision that deals directly dealt with pornography, it has been brought within the purview of Section 292(2)(a) of Indian Penal Code 1860.[3] This section was introduced by the Obscene Publications Act, 1925 to give effect to Art. I of the International Convention for the Suppression of the Circulation of and Traffic in Obscene Publications signed by India in 1923 at Geneva.[4]

Pornography is also prohibited under Information Technology Act, 2000[5] (‘IT Act’) and the Indecent Representation of Women (Prohibition) Act, 1986[6] (‘IRWP Act’). The word obscene has not been defined under the Indian Penal Code as the concept of the obscenity defers from society to society and time to time. But the test of obscenity is given under section 292(1)[7] of Indian Penal Code, which is based on the old English decision in the case of R.v. Hicklin[8] where the test of obscenity was defined by Cockburn, C.J. as “….the test of obscenity is this, whether the tendency of the matter charged as obscenity is to deprave and corrupt those whose minds are open to such immoral influences, and into whose hands a publication of this sort may fall. … it is quite certain that it would suggest to the minds of the young of either sex, or even to persons of more advanced years, thoughts of a most impure and libidinous character.” Therefore the cases of such are dealt by the interpretation of particular section by the respectful judges as per their conservative to liberal sense, and the appellants were convicted under section 292 of Indian Penal Code 1860 for selling and possession with the intention to sell an obscene book, Lady Chatterley’s Lover (unexpurgated edition). The court after taking into consideration the Hicklintest of obscenity held that:

“In our opinion, the test to adopt in our country (regard being had to our community mores) is that obscenity without a preponderating social purpose or profit cannot have the constitutional protection of free speech and expression, and obscenity is treating with sex in a manner appealing to the carnal sides of human nature, or having that tendency. Such a treating with sex is offensive to modesty and decency but the extent of such appeal in a particular book etc. are matters for consideration in each individual case.”[9]

Sex is the controversial issue in the social scenario of India, often which is linked to immoral values. The pith and Substance to brought down the Indian Constitution is to safeguard the public morality and interest of the people. Therefore to maintain the object of our Indian Constitution we must have to criminalize the pornography website in our country India.

Although watching obscene videos is not an offence, pornographic sites should be banned as they were one of the major causes for crimes against women.

The sexual content that kids are accessing today is far more graphic, violent, brutal, deviant and destructive and has put entire society in danger, so also safety threats to public order in India Most of the offences committed against women/ children are fuelled by pornography. The worrying issue is the severity and gravity of the images is increasing. It is a matter of serious concern that pre-pubescent children are being raped.

[2] Ranjit D. Udeshi v. State of Maharashtra, AIR 1965 SC 881 as per Hidayatullah, J “There is, of course, some difference between obscenity and pornography in that the latter denotes writings, pictures etc. intended to arouse sexual desire while the former may include writings etc. not intended to do so but which have that tendency. Both, of course, offend against public decency and morals but pornography is obscenity in a more aggravated form.”

[3] Sec. 292(2)(a) IPC 1860 states “Whoever – sells, lets to hire, distributes, publicly exhibits or in any manner puts into circulation, or for purposes of sale, hire, distribution, public exhibition or circulation, makes, produces or has in his possession any obscene book, pamphlet, paper, drawing, painting, representation or figure or any other obscene object whatsoever …shall be punished with imprisonment of either description for a term which may extend to three months, or with fine, or with both”

[6] The IRWP Act 1986, section 4: “No person shall produce or cause to be produced, sell, let to hire, distribute, circulate or send by post any book, pamphlet, paper, slide, film, writing, drawing, painting, photograph, representation or figure which contains indecent representation of women in any form.

[7] A book, pamphlet, paper, writing, drawing, painting, representation, figure or any other object, shall be deemed to be obscene if it is lascivious or appeals to the prurient interest or if its effect, or (where it comprises two or more distinct items) the effect of any one of its items, is, if taken as a whole, such as to tend to deprave and corrupt persons who are likely, having regard to all relevant circumstances, to read, see or hear the matter contained or embodied in it.