Administrative action is a comprehensive term and defies exact definition. In modern times the administrative process as a byproduct of intensive form of government cuts across the traditional classification of governmental powers and combines into one all the powers which were traditionally exercised by three different organs of the State.

There are three organs of Government- legislature, executive and Judiciary. These three organs essentially perform three classes of governmental functions- Legislative, executive and judicial. The function of the legislature is to enact law; the executive is to administer the law and the judiciary is to interpret the law and to declare what the law is. Although the term ‘the Executive’ or ‘the administration’ is employed, there is no implication that the function of the executive are confined exclusively to those of an executive or administrative character.

Today the executive performs variegated functions, viz. to investigate, to prosecute, to prepare and to adopt schemes, to issue and cancel licences, etc. (administrative); to make rules, regulations and bye-laws, to fix prices etc. (legislative); to adjudicate on disputes, to impose fine and penalty, etc. (judicial).

Thus, speaking generally, an administrative action, can be classified into three categories:

2. Quasi-judicial action or Rule-decision action; and

When any administrative authority exercises the law making power delegated to it by legislature, it is known as the rule making action of the administration or quasi legislative action. The legislative functions of the executive consist of making rules, regulations, bye-laws etc.

If a particular function is termed ‘legislative’ or ‘rule making’ rather than ‘judicial’ or ‘adjudication’ it may have substantial effects upon the parties concerned. If the function is treated as legislative in nature, there is no right to a notice and hearing unless a statute expressly requires them.

In Prentis vs. Atlantic Coastline Co. Justice Holmes points out the distinction.

(1) Judicial inquiry investigates, declared & enforces liabilities and they stand – on present or past facts & under existing Law. That is the purpose and end.

(1) Looks to the future and changes existing condition by making new rules to be applied to all persons.

According to Justice Holmes: Main aspect is the element of time.

(i) A rule (Legislative Function) prescribes future pattern of Conduct and creates new rights and Liabilities.

“Quasi” means “not exactly”. Generally an authority is described as quasi-Judicial when it has some attributes or trappings of judicial functions but not all.

In Ram Jawaya V/s State of Punjab, Mukherjee C.J. observed. “It may not be possible to frame an exhaustive definition of what executive functions means and implies.

Ordinarily the executive power connotes the residence of Govt. function that remains after Legislative & Judicial functions are taken away.

(2) In administrative decision – no legal obligation to adopt judicial approach—decision—subjective.

(3) Not bound by the rules of evidence of procedure.

(6) Administrative authority may consider evidence, even use discretion.

(7) Administrative authority is not always bound principle of natural justice unless statutory provision.

(8) Administrative action may be held invalid on the ground of unreasonableness.

(9) Writs of prohibitions/ certiorari are not always available against administrative actions.

To appreciate the distinction between administrative & quasi-judicial functions- we have to understand two expressions.

(i) Lis: In Province of Bombay v. Khushaldas Advani, J. Das observed that- “if a statute empowers an authority to decide dispute arising out claim by one party, which is opposed by another party.”

“When there is a lis inter partes and administrative authority is required to decide dispute between parties & to adjudicate upon the lis. In such cases the authority will be regarded as acting in quasi-judicial manner.”

(ii) Quasi-lis: Lis decided not between two or more parties but between itself & another party. (not list inter partes). Thus, where an authority makes an order dismissing employee, canceling admission to student refusing unfair means, rusticating students, such decisions are extra judicial in nature.

Pure administrative function can be divided into three categories:

In Layman’s language, discretion means choosing from amongst the various available alternatives without reference to nay predetermined criterion, no matter how fanciful that choice may be.

CJ. Coke says– Discretion is a science or understanding to discern between falsity and truth, between right and wrong and not to do according to will and private affection.

The problem of administrative discretion is complex. It is true that in any intensive form of government cannot function without the exercise of some discretion by the officials. It is necessary not only for individualization of the administrative power but also because it is humanly impossible to lay down a rule for every conceivable eventuality in the complex art of modern government. But it is equally true that absolute discretion is a ruthless master.

Ministerial function is that function of agency which is taken as a matter of duty imposed upon it by the law devoid of any discretion or judgment. Therefore, a ministerial action involves the performance of a definite duty I respect of which there is no choice, no wish and no freedom. Here, the high authority dictates and lower authority carries out. Collection of revenue may be one such ministerial action.

The instructions which are generally issued not under any statutory authority but under the general power of administration are considered as directory and hence are unenforceable not having the force of law.

If administrative instructions have no force of law but if these are consistently followed for a long time government cannot depart from it at its own sweet will without rational justification.

FACTS: In 1966, the Indian forest service was constituted, the selection for which was to be made from among the officers serving in the forest department of the State. The rule made under Section 2(A) of the All India Services Act, 1951 by the Central Government provided for setting up of a Special Selection Board whose function would be to recommend officers for selection to the central service and it was to be headed by the chief conservator of forest of that state. The final selections were to be made by the UPSC. In the state of Jammu & Kashmir, one Naquishbund was appointed as acting chief conservator of forest and hence was appointed as the ex-officio chairman of the Selection Committee. Two persons senior to him had been superseded and they had filed petitions against this to higher authorities regarding this. Meanwhile, the selection committee had to recommend names and it so happened that they recommended the names of person in which Naquishbund was included but excluding the two senior officers who had been superseded, who were all candidates to the Indian forest service. The recommendations of the Board were submitted to the UPSC. The recommendation was challenged on the ground that a person who had been recommended was the chairman of the board and that it had violated the requisites of fair hearing and apparently violated the principles of natural justice.

ï Whether there was a violation of such principles of natural justice in the present case?

In this case the Supreme Court held that though the action of making selection for government service is administrative, yet the selection committee is under a duty to act judicially. The Court observed that the dividing line between an administrative power and quasi-judiciai power is quite thin and being gradually obliterated.

CONCLUSION: Therefore what emerges from this case is that although the Courts are making distinctions between the Quasi-Judicial and Administrative powers but at the same time there is one common element of fair procedure in both the cases which can be referred to as the ‘duty to act fairly’. This duty arises from the same general principles, as do the rules of natural justice.

The Supreme Court further observed that the distinction between quasi-judicial and administrative action which had become thin is now totally eclipsed and obliterated.

The court allowed the enforceability of administrative instructions even in view of the fact that they modified statutory rules. In the instant case, the state Government had prescribed certain qualifying marks by statutory rules for admission to medical colleges in the state. The petitioner did not qualify for admission on the basis of these rules. Subsequently, the qualifying percentage of marks was lowered by an executive order, on the basis of which the petitioner became eligible for admission.

The Supreme Court allowed admission to the petitioner by enforcing an administrative instruction as against the rules. The only justification which the court found for its ruling appears to be that the government did not object to the enforceability of an administrative direction at the instance of an individual. However, in decisions the Supreme Court held that exclusive instructions can supplement a statute or cover areas to which the statute does not extend. But they cannot run contrary to statutory provisions or whittle down their effect.

Administrative law is the law governing the Executive, to regulate its functioning and protect the common citizenry from any abuse of power exercised by the Executive or any of its instrumentalities. It is a new branch of law which has evolved with time and shall continue to evolve as per the changing needs of the society. The aim of administrative law is not to take away the discretionary powers of the Executive but to bring them in consonance with the ‘Rule of law’. 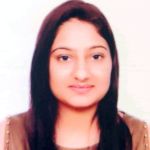 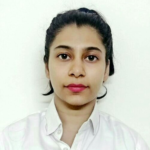