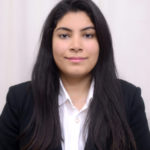 Overview of Insolvency and Bankruptcy Code, 2016-

This code gives company, the option of getting restructured, getting solved at the pre-admission stage, and getting resolved outside the courts hence reducing the burden of the courts. IBC came with the share of its teething problems due to which, numerous changes were done to the posture. IBC has succeeded in some cases and have encountered a fair share of failure as well. Significant improvements have been done in form of number of amendments. It prevents large number of companies to prevent loan defaulting, exceeding 1 lakh in a time bound manner.

IBC has changed the debtor-creditor relationship. Previously, creditor chased the debtor but now it’s vice-versa. With the formation of IBC, committee of creditors will take over all the control of defaulter company. Resolution Professional is appointed on behalf of committee of creditors to manage the affairs of company and complete the Corporate Insolvency Resolution Process (CIRP) within 180 days, with an extension of 90 days.

I believe that one of the fields that IBC was not successful in was adherence to timelines. Is it possible to complete the whole process comprising of preparation of Information Memorandum within 7 days of appointment of Resolution Professional, inviting Expression of Interests, inviting claims of creditors, arranging meetings of committee of creditors, Preparing Resolution Plan and getting it approved by Committee of Creditors and NCLT etcetera in a stipulated period of time, that is, 270 days?

Revival of the large companies need much more time than this. Several cases are getting delayed mainly due to recalcitrant promoters who are using legal shields to drag on the resolution process. Other hurdles delaying the resolution processes are lack of infrastructure and absence of specific provisions under the Code.[1]

Let’s focus on the preparation of the Information Memorandum which must be submitted in electronic form to each member of the committee within two weeks (14 days) of his appointment, but not later than fifty-fourth day from the insolvency commencement date, whichever is earlier.

‘Information Memorandum’ means a memorandum prepared by resolution professional under sub section (1) of section 29. It is a document which reflects the company’s present situation and its business with regards to the request for resolution and the company’s creditors. The company’s liquidation value enables the creditors as part of the information memorandum to determine the residual value of the assets.

Thus, the time limit of submitting Information Memorandum is within two weeks (14 days) of his appointment, but not later than fifty-fourth day from the commencement date of CIRP, whichever is earlier. Practically, in 90% of the cases RP gets time of only 10 days to prepare the information memorandum.

In those 10 days RP must appoint 2 independent registered valuers at best negotiation. He must collate all the data of the company. The recalcitrant promoters make it an arduous task for the professionals. With assets spread over to the number of cities and states, it is nearly impossible to value all the assets in 10 days.

Another daunting task is that of the valuation of the shell companies for insolvency process. A shell company is only a paper-based company with no active business or important assets and no office or staff. The financial statements of these companies are not easily available. RP has to work hard to get the information pertaining to books of accounts from the Auditor, Ex-accountant and the erstwhile directors but they constantly try to delay the process and RP will be left with no option then to present the Information Memorandum on the basis of available information, even if incomplete, which might not show the actual state of the company.

With the authorization of the Adjudicating Authority, this process may be extended for 90 days or longer. No judicial officer has the power to punish anyone for the delay in process beyond the approved date. In insolvency proceedings, judicial authorities are powerless. When the process is delayed, the only option left with the NCLT is the order of Liquidation.

As on March 31st, 2019 the average resolution timeline for the resolved 94 cases was 324 days vis-à-vis the stipulated insolvency resolution timeline of 270 days. Also, there are a few big-ticket accounts for which resolution has not been finalised for over 400 days. As on March 31, 2019, there were 1,143 cases outstanding under CIRP, of which resolution in 32% of the cases was pending for more than 270 days.[2] Something should be done to comply with IBC timetables and make it a full achievement. The situation for insolvency instances was worse in comparison with the past record before IBC, 2016.

NCLT should either extend its time limit or should allow the Draft Information Memorandum at the initial stage to give the overview of the corporate debtor to the creditors and final information memorandum should be submitted at the later stage.