“Oh, you’re studying law? Maybe you can help me out someday if I get into trouble.” – be ready to hear this often. Choosing a law college can be confusing. We’ve broken down several questions that we at lawordo commonly get from students and parents. Even before scrolling down the list understand if you should pursue law
Read More

If The Promise to Marry Was Not Made With Sole Intention to Seduce a Woman to Indulge In Sex, It Is Not Rape In a judgment passed on November, 22 last year, the SC judged that if a person had not made the promise to marry with the only sole intention to seduce a woman
Read More

The LS today approved Aadhaar and Other Laws (Amendment) Bill 2018 to amend the prevailing laws in relation to the use of biometric data for authentication of identity for the purposes of grant of services, benefits and subsidies. The bill was forwarded with small debate by the house in presence of a low appearance. The
Read More

Dr Indrajit Khandekar, professor of forensic medicine at Mahatma Gandhi Institute of Medical Sciences (MGIMS) in Maharashtra’s Sewagram, has allegedly written to the Medical Council of India (MCI) seeking abolition of the ‘two-finger test’ or the ‘virginity test’ from the medical curriculum. Dr. Khandekar has contended that the test has no scientific basis and violates
Read More 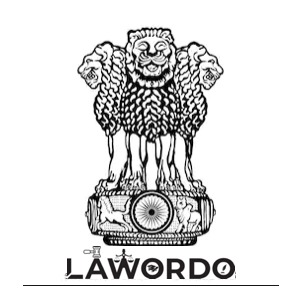 The men, who were intending to utilize suicide jackets, wanted to target RSS’ Delhi office, and their hit list included swarmed markets and security foundations. New Delhi: Ten claimed agents of the Islamic State (IS), who are said to have been arranging a progression of bomb impacts in the capital in front of Republic Day,
Read More

Lok Sabha Clears Bill Making Triple Talaq Punishable Offence   After intense and long debate for over 3 hours, the Lok Sabha on Thursday, December 27, 2018 passed the “Muslim Women (Protection of Rights on Marriage) Bill, commonly known as Triple Talaq Bill. The motion to adopt the bill was supported by 245 members and
Read More

Abusing Not Abetment To Suicide “There should be evidence capable of suggesting that the accused intended by such act to instigate the deceased to commit suicide.” The Supreme Court observed that an act of insulting a person by using abusive language will not, by itself, constitute the abetment of suicide.  Allowing the appeal filed by a
Read More 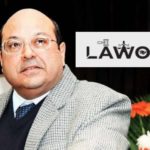 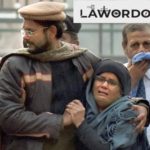 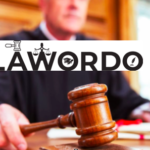 Judges Are Artists In Their Own Right, Says Justice Chandrachud Similarly, as novelist shape the traits of the characters in their work, judges rely on the facts and circumstances presented to them in order to make a story they accept to be the most plausible one in the conditions of each case. Like essayists, judges
Read More

Gujarat HC Refuses to Ban Kedarnath Movie A division seat of Chief Justice A S Dave and Biren Vaishnav J. rejected the PIL that requested for a prohibition on the release of the film saying that it hurts the “religious believes” of Hindus. Prakash Rajput, leader of International Hindu Sena, had filed the PIL asserting
Read More 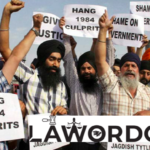 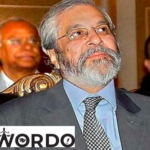 Justice Madan B Lokur held court for one last time on Friday, December 14, 2018. The day was also the last working day before his retirement on December 31. Justice Lokur headed the social justice bench of the Supreme court for protecting the rights of the poor and unprivileged sections of society. Justice Lokur will
Read More 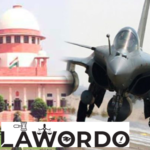 #Metooo Law Intern found dead in Bengaluru after filing Sexual Harassment complaint against lawyers A law intern who had recently filed a police complaint against lawyers for sexual harassment has been found dead in her paying guest accommodation at Malleswaram, Bengaluru, reports Times of India. According to ToI, the intern who hails from Andaman and Nicobar Islands had come to
Read More

Exam Date AMU Law Entrance Exam 2019 ALIGARH MUSLIM UNIVERSITY The Admission Exam dates for various courses including 5 Year BA LLB has been announced by Aligarh Muslim University at www.amucontrollerexams.com. The entrance Exam will be conducted on May 26, 2019 at 10:00 AM. Eligible students will be able to fill the application form from
Read More

Don’t Run Or Jog For First 10 Days Of November: CPCB On Friday, October 26, 2018, the Central Pollution Control Board (CPCB) said “the capital’s air is likely to turn so polluted in the days before and after Diwali that residents should minimise exposure and not run or jog during the first 10 days of
Read More

Birth Of Third Child Automatically Disqualifies A Person To Contest In Panchayat Election: SC The Supreme Court stated that a person, who has three children, is automatically restricted from contesting Panchayat Polls and such a person will also be disqualified from holding the post of a member or Pradhan in a Panchayat. The petition was filled by
Read More

DU STUDENTS CAN NOW GET ANSWER SHEETS EVALUATED WITHOUT PAYING ANY FEES The Delhi University, students will no longer be required to pay revaluation fees to get their copies checked for errors in marking. According to DU students it is a major relief granted to them. The Delhi High Court refused to stay the ‘inspection under RTI’
Read More

Bombay High Court judge, Justice Naresh Harishchandra Patil has been appointed as the Chief Justice of Bombay High Court. In 1979, Justice N H Patil graduated in the faculty of law from the Government Law College, Mumbai. He was enrolled as an advocate in 1980 and started practice in the District Court at Latur from 1980 to 1982.
Read More

On Monday, October 22, 2018,the Supreme Court stayed the order of National Green Tribunal (NGT) which had cleared the ‘Chardham Mahamarg Vikas Pariyojna’ that aims at improving the connectivity to Char Dham pilgrimage centers in the Himalayas. The petition was filled by  a NGO ‘Citizens for Green Doon’, said that ” the 900 km project in
Read More