Author: Rashi Chandra Co-Author: Anshuman Agasti KIIT School of Law  “Husband or wife did not the right either to demand sexual intercourse from his or her spouse or to refuse it” – Alison Weir Marriage: A License of Rape? Changes in law and society go hand in hand. The biggest fight to fight is the system
Read More 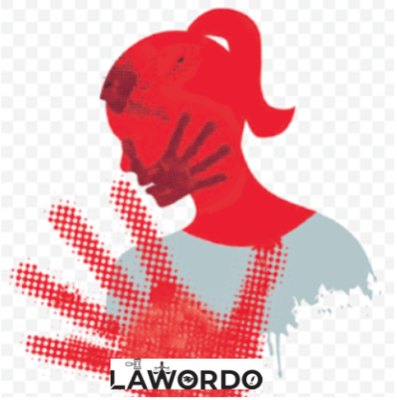 Author: Shrey Khandelwal Manipal University Jaipur DOES THIS ERA NEED MOB LYNCHING LAW? The word mob is derived from ‘Mobster’ or ‘Mafia’ which means large number of people. The word lynching is derived or originated after the name of Captain William Lynch, during the American revolution in late 17th century. MEANING OF MOB: As per
Read More

Author: Diya Purohit Co-Author: Nirbhay Singh Bhadouriya Institute: Manipal University Jaipur TRIPLE TALAQ – COUNTER PERSPECTIVE Human rights in general are equated with more freedom and progress. It is important to note, however, that granting rights does not always lead to liberation. The main reason behind this exclusionary nature of human rights is the universal
Read More

Author – Neha Maheshwari Manipal University Jaipur UNIFORM CIVIL CODE As stated, “The State shall endeavor to secure a Uniform Civil Code across India’s territory for citizens.” Such words describe our constitution’s entire sanctity under Article 44. Uniform Civil Code is established under the direct policies of the State in accordance with Article 44 of
Read More

Author – Hardik Singh Nathawat Manipal University Jaipur ABSTRACT What is marital rape? It is the act of sexual intercourse with one’s spouse without the spouse’s consent. It is a form of domestic violence and sexual abuse. Although, historically, sexual intercourse within marriage was regarded as a right of spouses, engaging in the act without
Read More

Author – Anant Maheshwari Co-Author –Surbhi Mathur Manipal University Jaipur Marital Rape: An Unrevised Concept The current paper represents a comprehensive review on an unrevised concept on Marital Rape. This concept is not very known in society therefore our main aim behind writing this is to familiarize them from this concept. We mainly focus on
Read More

AUTHORED BY: ISHIKA AGRAWAL MANIPAL UNIVERSITY JAIPUR The rights of every man are diminished when the rights of one man are threatened. ― John F. Kennedy HUMAN BEINGS ARE RATIONAL BEINGS THEY HAVE SOME BASIC RIGHTS BY VIRTUE OF BEING HUMAN EXISTENCE COMMANLY KNOWN AS HUMAN RIGHTS HUMAN RIGHTS ARE ARMOUR THEY ALWAYS PROTECT US AGAINST
Read More

AUTHORED BY: Himanshi Gulati AMITY LAW SCHOOL “FATE WORSE THAN DEATH” CRITICAL ANALYSIS OF ACID VIOLENCE IN INDIA AND OTHER WESTERN COUNTRIES. ABSTRACT This research talks about the Acid Attack Violence: A Callous and Cruel form of violence which is the act of throwing acid or similar corrosive substance for with the intent to disfigure.
Read More

About the Organizer Delhi Metropolitan Education is a premier educational institution affiliated to Guru Gobind Singh Indraprastha University, New Delhi and approved by the Bar Council of India. It is located in Industrial Area, Sector 62, Noida, Uttar Pradesh. DME provides an excellent infrastructure with strong academic facilities for the overall development of its students.
Read More

When will mankind be convinced and agree to settle their difficulties by arbitration? – Benjamin Franklin Concept of Mediation “Mediation” is a method of dispute resolution in which one or more impartial third parties with his specialized communication skills and negotiation techniques intervenes in a conflict or dispute with the consent of the participants and
Read More

AUTHORED BY:            NAMRATA MOHAPATRA AMITY LAW SCHOOL, NOIDA RIGHT TO INTER-FAITH MARRIAGE IN CONTEMPORARY INDIA   CHAPTER 1: Right to Marry in India 1.1 Background of Inter faith, Inter caste marriages in India India is a country which prides itself on its varied culture, rich heritage and religious harmony, a
Read More

POCSO ACT : AN OVERVIEW (A STEP TOWARDS PROTECTION OF CHILDREN FROM SEXUAL ABUSE) Introduction “Childhood should be carefree, playing in the sun; not living a nightmare in the darkness of the soul”- Dave Pelzer No social problem is as universal as oppression of the child. The crime involving sexual offence has been increased drastically
Read More

15 rights every Indian should know. Laws That Indians must know||Laws that Indians don’t know||Basic Indian Laws. We have tried to cover most important branches of law. INDIAN LAWS and RIGHTS you Must Know.   1. If your cylinder explodes you are entitled for Rs. 40 lakh cover! A significant number of us are unconscious
Read More